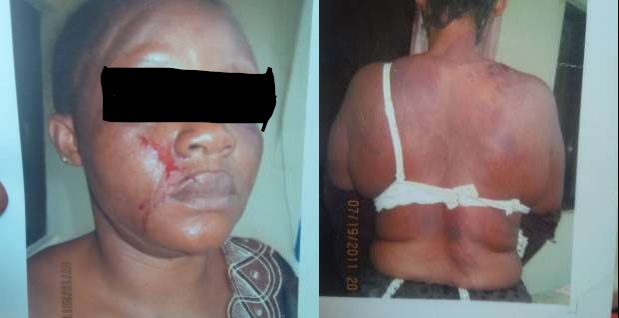 Mrs. Risikat Onawale a mother of five (5) children case was that of domestic violence, the husband beat her at will. He was invited to the police station,he  insisted that his wife is having an affair with her customers which she denied was not true. She insisted that she wants to end the union of 25years. The foundation gave her a letter to Office Of The Public Defender ( OPD) a lawyer was assigned to her,a letter was sent to the husband but after several meeting with the families she was convinced to drop the case which she called the foundation to drop the case, which we closed after we may them sign an undertaken.